Though a shadow is as good as a ghost, with no free will to speak of, they may still be saved…

The kingdom of Cirena is under attack from an army of shadows—beings who can only be hurt by magic or fire. Magic has been stolen, and as the shadows spread, infecting all they touch, the last two ribbon mages race to the nearest port city to warn them of the impending invasion.

One of those mages, Toranih, is among the few who can see the Trickster-cursed army, and she’s determined to get magic back—no matter how much she distrusts it. When she is captured by shadows and a dark secret is revealed about her future, her best friend, Daernan, is left to defend the city. But his only methods of stopping the shadows are by fire and the devastating magic of the shodo’charl.

With the knowledge that the shadows are innocent townsfolk forced to do a warlord’s bidding, Daernan must choose between saving the shadows or saving those who have not yet turned. 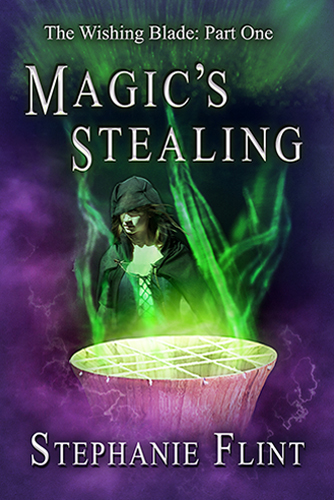